5 tips for creating a better internet on Safer Internet Day

5 tips for creating a better internet on Safer Internet Day

Fresno State math lecturer Howie Hua shares his passion for numbers and what he calls his “simple” teaching strategies on Twitter to more than 5,000 followers.

He admits he used to be greedy with what he knew. After all, why should he share his classroom secrets with others, especially on the internet? But Hua, who has taught future math teachers at Fresno State for four years, came to a realization.

“If everyone did that, no one’s going to grow as much as if we all learn together,” said Hua, a Hanford native who earned his bachelors and master’s degrees along with a single subject teaching credential at Fresno State.

Tuesday, Feb. 11, is Safer Internet Day, a worldwide campaign to encourage people to work “together for a better internet.” The day promotes a safe and positive use of digital technology while raising awareness of online safety issues.

At Fresno State, faculty members are working to create a cybersecurity career education pipeline for students interested in the field. Cybersecurity research is also underway. But people like Hua and others are doing their part to promote fun, creative and safe use of the internet.

Hua looks for ways to humanize higher education and math, as stated on his Twitter profile under a photo of him doing a flip. He’s also a pianist and gymnast and played the clarinet in the Fresno State Bulldog Marching Band.

Social media can be very automatic and it’s easy to lose yourself for an hour just scrolling, Hua said. To avoid those traps, he does not have the Twitter app on his phone, choosing instead to log into Twitter from a computer to tweet — usually a photo of that day’s math lesson, a teaching tip, a question or a thought of the day.

“Whenever I’m on Twitter, it’s purposeful,” said Hua, who credits the social media platform for allowing him to be a better instructor because he is able to follow and learn from teachers from all over. But many times, it’s his tweets that engage others.

Hua tweeted “For tests, I dedicate the first five minutes to have students hold the tests and talk to their group about strategies (without pencils). This lowers their test anxiety AND when you walk around, you hear some of the richest math conversations,” the tweet said, followed by the hashtag #iteachmath.

The tweet received more than 1,800 likes, was retweeted 418 times and got 94 questions and comments from educators across the country who tried the technique. Edutopia, an online website published by the George Lucas Foundation, also asked Hua to write a guest blog about the strategy.

“I wanted to affect math education in the Central Valley and it’s kind of crazy that I’m exceeding that to say I’m affecting math education around the nation,” Hua said. “Not all of your tweets have to be profound. It’s just the little things you do and maybe that’s going to affect someone.” 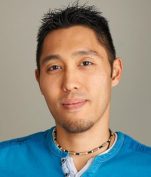 Being mindful and purposeful are key to creating a better internet, said Dr. Earl Aguilera, assistant professor in the Department of Curriculum and Instruction at the Kremen School of Education and Human Development at Fresno State. He specializes in literacy, technology and educational equity and teaches courses on the integration of technology across curriculum.

Aguilera works with students to explore different ways of using digital technology in their classrooms. They also learn how to be more critical of the internet and how to be aware of issues like student privacy and security.

“It’s about understanding what a better internet that works for everybody could look like,” Aguilera said, “and then advocating for those things.”

Here are some tips from Aguilera on creating a better internet: