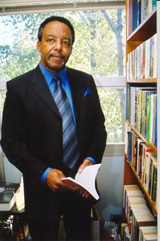 Dr. James Walton, chair of the English Department, and Dr. Marnel Niles, a professor in the Communication Department, this morning witnessed the first African-American to ascend to the nation’s highest office.

In 1963, Walton was in the nation’s capital to participate in the civil rights movement’s March on Washington and witnessed Dr. Martin Luther King deliver his famous “I Have a Dream” speech.

And while the symbolism of that battle cry for racial equality and harmony 45 years ago resonates on a personal level with the inauguration of the country’s first African-American to become president, Walton says Dr. King would be impressed not so much with the racial element, but with the quality of the man who is taking the oath. 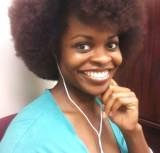 Tonight, Walton is attending the American Music Inaugural Ball Hosted by Dionne Warwick at the Wardman Park Marriott Hotel as the guest of a personal friend, Laura McIntyre, mother of singer Macy Gray.