The Fresno State Trademark Licensing Program, under the leadership of Clarence Chiong, was recognized as the national collegiate licensing program of the year, earning the 2017 Synergy Award from the International Collegiate Licensing Association.

Chiong, who also was recognized for his promotion of the University’s brand, will receive the award for Fresno State on June 14 at the National Association of Collegiate Directors of 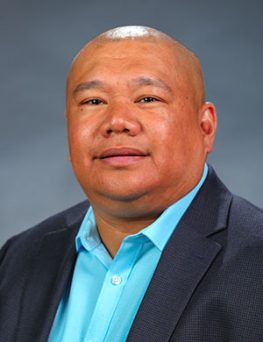 The Synergy Award is given annually to a university or other collegiate organization that demonstrated extraordinary commitment to collegiate licensing and contributed to the betterment of the industry and the institution or organization.

The awardee must also have made significant contributions to the collegiate licensing industry through innovative or new ideas during the current academic year, and must play a vital leadership role on campus.

Fresno State was cited for putting a creative and unique flavor on traditional marketing strategies and also for fostering collaboration in implementing sound collegiate licensing strategies across all University departments.

Fresno State’s most prominent project of 2016 cited by the association was the “Check the Tags” campaign. The campaign educates the community on the importance of recognizing and purchasing only officially licensed merchandise in the marketplace. Videos and promotional signage were developed to promote the campaign’s message throughout the campus and at athletic and retailer/licensee events. Through the Fresno State athletics media rights holder, Learfield, the additional marketing opportunities were secured at athletic events.

Other initiatives that went above and beyond traditional marketing collateral included:

“[Chiong] has gone above and beyond to educate and engage the Fresno State community throughout the year’s campaign, further strengthening both the University brand and our collegiate licensing industry,” said Rachael Bickerton, president of the International Collegiate Licensing Association and director of trademark licensing and enforcement at Boise State University.

A native of Oakland, Chiong began working in the athletics marketing department when he graduated from Fresno State in 1997. He started managing the trademark licensing program in 1999. In 2015, the program moved to the Division of University Advancement, which oversees marketing, communications and fundraising for the University.

For more information on the trademark licensing program or for details about becoming a licensed vendor or sourcing officially licensed product for resale, contact Chiong at 559.278.4451.