At age 15, on her way home from a church event one evening with her older sister, who was driving, Fresno State senior Shaela Warkentin suffered an accident that left her blind.

It was before her junior year at Bullard High School, and Warkentin was in the back seat wearing her seat belt and eating food from Taco Bell while stopped at a red light when a truck struck her car from behind. In the accident, she was thrown upward into the roof. Her father arrived five minutes later, but ultimately, it took an hour for paramedics to find a way to best dislodge her while trying to keep her brain tissue as intact as possible.

Doctors were initially very concerned about her potential to recover cognitively and physically, but besides being completely blind, she has overcome most of the disabilities, and she is now able to walk around the Fresno State campus with a guide dog, Lennox. 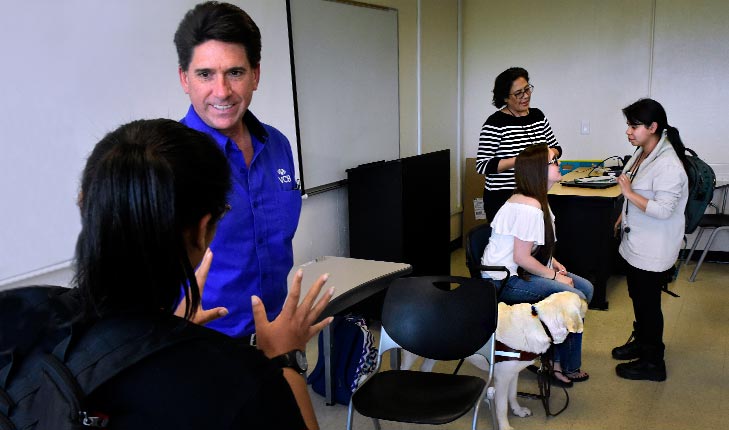 For high school, the transition to learning via a whole new method that summer was a challenge. A caring Spanish teacher came to her house the summer before her junior year to help her catch up in all her classes immediately after the accident.

That fall, she was the first completely blind student at Bullard High School. Her ability to read Braille was at a kindergarten level, and she had to rely on student assistants to take notes, which her father would decipher for her at home.

Academically, Warkentin had new challenges. But one of the hardest struggles was the change in friendships. Warkentin couldn’t access a lot of the normal cues used in interacting with people, such as facial expressions, winks and waves. Her father could see the anguish on her previous friends’ faces as some of them found it hard to re-establish their relationships with her.

Yet Warkentin didn’t give up. Some friendships survived and others didn’t. New friendships were forged as people were drawn to her because they were inspired by her strength and personality.

Through her hard work, Warkentin graduated on time with her class and chose to attend Fresno State, where her mother often picks her up from campus.

With the help of Services for Students with Disabilities, her professors, her friends and her family, Warkentin completed her undergraduate studies and will receive a bachelor’s degree in psychology with a minor in child development from Fresno State in May.

“I encourage future teachers who may encounter students with visual impairments to find out the needs and accommodations of their students early on and to keep and maintain positive communication with them,” she said.

In the fall, Warkentin will pursue her master’s at Alliant University in Fresno, and she would like to eventually earn her doctorate. She hopes to be able to work with youth who are coming back from similar trauma, whether in a hospital or in a private practice.

She often speaks at middle and high schools to share her perspective and to help others better understand and work with blind students and those with special needs. 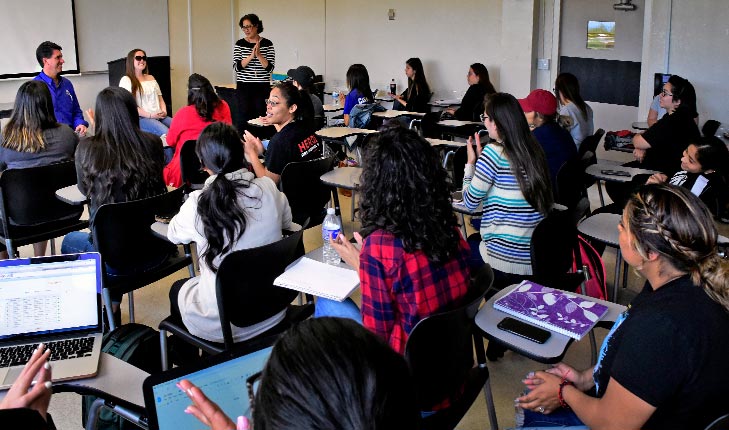 “I have come to realize that despite this hardship, blindness, if I am eager to achieve something, I need to work to achieve it,” she said. “I can’t allow myself to stay at home and give up.

Warkentin is the third of four daughters. Her mother, a Fresno State alumna, remembers her classes in the Family and Food Science building in the 1980s. Her father is now the executive director for the Valley Center for the Blind. He worked in business prior to the accident.