George Gruner, a former editor at The Fresno Bee who was jailed for two weeks for refusing to reveal a confidential source, will join Jim Wilson, a former KMJ vice president and longtime educator, as the 2019 inductees into the Media, Communications and Journalism Hall of Fame at Fresno State.

They’ll be honored alongside eight distinguished MCJ Fellows and numerous student scholarship recipients at the “Media, Communications and Journalism Hall of Fame Induction and Scholarship Celebration” from 5:30 to 7:30 p.m., Thursday, Nov. 14, at the Fresno State Speech Arts building, Room 172 (Studio A).

Honorees have distinguished themselves in their careers, contributed to the betterment of the industry or made volunteer efforts outside the workplace. Hall of fame inductees are those who have completed or are near ending their primary careers, while fellows are in the prime of their careers.

The event will be presented by the College of Arts and Humanities, the Media, Communications and Journalism Department and the MCJ Alumni and Friends Chapter.

Tickets are $40 with pre-registration and $50 at the door. Proceeds benefit the MCJ Alumni and Friends Chapter that contributes to student scholarships and events that foster connections between alumni and students. 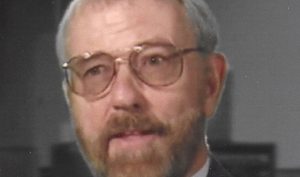 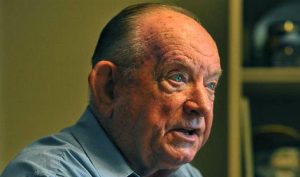 “I’m deeply honored to be inducted into the MCJ Hall of Fame, joining media stalwarts and MCJ faculty colleagues,” Wilson said. It’s quite a group, and I’m humbled to join them.”

Gruner, who credited his colleagues throughout his career, said, “The honors belong to the staff.”

Student organizers say the event is a celebratory night for the entire department. In addition to the Hall of Fame and Fellows inductions, 31 scholarships will be awarded.

Ashleigh Panoo earned a grant and a scholarship this year and said it was a big weight off her shoulders to have her tuition covered, which allows her to focus on her education. “I couldn’t be more grateful,” Panoo said.

The reception is hosted by 15 students in the MCJ 159S, “Public Relations Cases and Campaigns,” course. The students, many of whom will graduate this fall, have dedicated a large portion of their final semester to this event.