Vincent Malpaya starts a small fire out of wood chips and sends the smoke through a tube into an enclosed 400-square-foot building where indoor air quality sensors measure the particulate matter in the air.

Meanwhile, his research partner, Michelle Starner, sits in front of a computer watching the data from the sensors spike up and drop down as the smoke is pumped through the building’s air ducts, then through an air filter combined with an air treatment technology.

Their goal: to test and identify a combination of air filters with air treatment technology that best trap and reduce the indoor particulate matter caused by smoke contamination and volatile organic compounds — gas or chemicals — emitted from the walls and other indoor surfaces.

“This is helpful for the community,” Malpaya said. “It’s an important study especially because of where we live.” 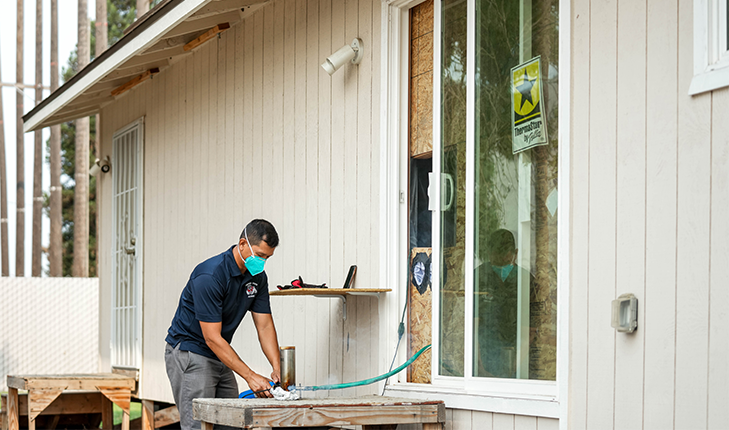 The project is a collaboration between Dr. Deify Law, Fresno State associate professor of mechanical engineering, and his students, with the American Society of Heating, Refrigerating, and Air Conditioning Engineers, San Joaquin Chapter.

“The Central Valley is known for its poor air quality issues coming from a variety of sources, including wildfires, large industries, transportation and farming,” Law said. “As a result, there’s an interest to learn about these situations.”

The Fresno State team started its research during the searing 100-degree summer months in a small, standalone building at the Fresno City College Career and Technology Center, south of Fresno. The students tested a combination of MERV 8 and MERV 13 filters — the higher the number, the better the filtration — and HEPA filters with new air treatment technology mounted inside the building’s air conditioning unit.

“Those three types of filters can easily capture particles, but what about air treatment technology?” Law said.

Needlepoint bipolar ionization technology was paired with the air filters. This new technology generates positive- and negative-charged small particles in indoor space to combine and become larger in size allowing it to be captured easier by the filter. It can also reduce pollutants in the air.

“When you have a larger diameter size, they can be captured easier by the filter. The filter will absorb it and trap it. If they stay small they will go inside the loop and they won’t capture it,” Law said.

The team also used UVC, a type of ultraviolet light, which is an inexpensive addition to heating, ventilation and air conditioning systems, Law said. UVC light can kill or stop reproduction of viruses and microorganisms that cause human diseases.

The team is continuing its research this fall and plans to report its findings in the future. 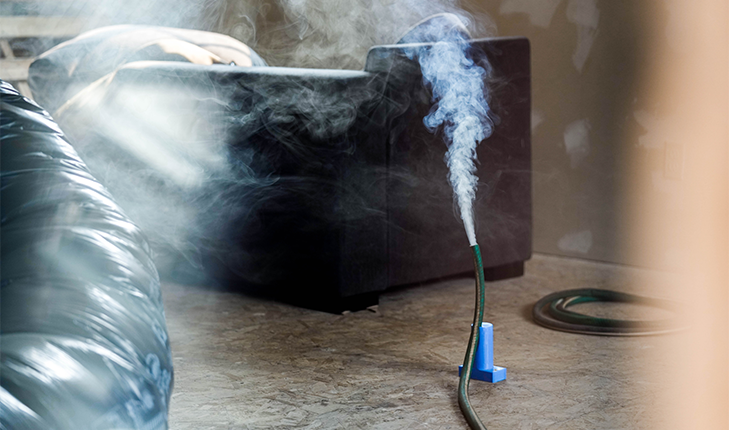