Here is a continued sampling of the attention thrust on the Fresno State football team, which takes a 10-0 record into the final regular season game against San Jose State on Friday (Nov. 29) after clinching the West Division berth for the Dec. 7 Mountain West championship game with a 69-28 victory over New Mexico.

Recent links include Pete Fiutak of CollegeFootballNews.com on FOX Sports, who said of the new BCS rankings Sunday that dropped the Dogs to No.16 behind Northern Illinois: “… Relax, Bulldog fans. As long as Fresno State stays ahead — and especially well ahead — of NIU in the human polls, everything should be fine …”

His pick for the Fiesta Bowl today: Oklahoma State vs. Fresno State. 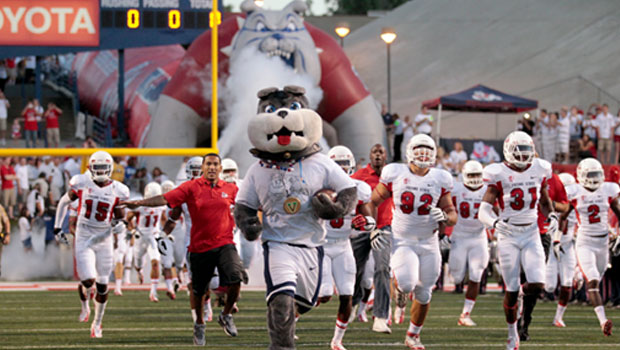