(May 28, 2016) — Fresno State’s Army ROTC Bulldog Battalion commissioned eight Class of 2016 graduates as second lieutenants during a pinning ceremony last week that was part of the university’s Commencement season.

Major General Heidi Brown, director of Global Operations for the U.S. Strategic Command at Offutt Air Force Base in Nebraska, was the guest of honor and presented the graduates with their certificates at the Clovis Veterans Memorial District where more than 250 family members and friends gathered May 20.

The newly commissioned officers who received their first salutes at the ceremony are:

A photo gallery of the ceremony with each new officer is available at bit.ly/FS-ArmyROTCfacebook.

For more information, contact Major Boyce R. Buckner, professor and chair of the Department of Military Science, or Nancy Kobata at 559.278.1664. 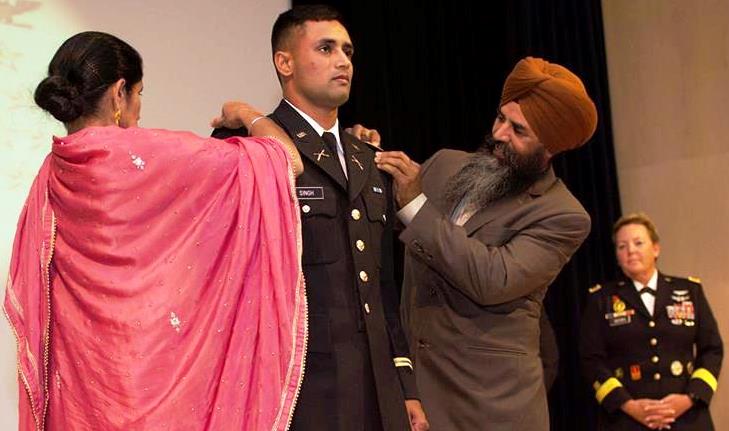 2nd Lt. Lakhwinder Singh , who was presented the Distinguished Military Graduate Award and the George C. Marshall Leadership Award, is pinned by his parents, Ballinger and Jagdey Singh.