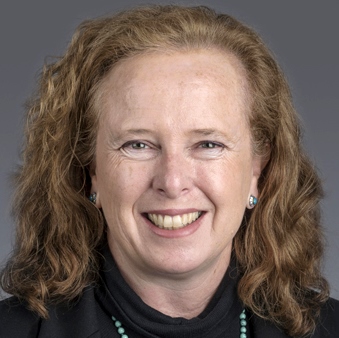 Waid, 48, most recently served as executive director of public affairs at California State University, Chico from April to November 2017. Previously, she served as assistant vice chancellor for university communications at the University of California, Merced for four years.

“I am happy to welcome a Fresno State alumna to serve as the University’s chief communications officer,” said Paula Castadio, Fresno State’s vice president for University Advancement. “Patti’s many years of experience in higher education and public relations positions her to lead our active communications team and  University to bold new heights.”

Waid earned a bachelor of science in business administration (international business option) from Fresno State and a teaching credential in bilingual education from National University. She also spent a year at the International Center for French Studies, Lumiére University Lyon 2 in France.

Fluent in Spanish, Waid began her career as a Spanish immersion elementary teacher in Davis.

“Spanish-language outreach is a growing area of opportunity for Fresno State,” Castadio said.

At CSU Chico, Waid led campus crisis communications, served as chief spokesperson and oversaw media relations and outreach. She also led the consolidation of numerous websites into a single robust multimedia news website for the university.

At UC Merced, Waid is considered a founding staff member who developed communications programs from the ground up helping to establish the university’s profile following its opening in 2005.

Waid is a member of the Public Relations Society of America.

“I cannot pass up an opportunity to return to my alma mater in a position that represents a perfect match for me and, I believe, for the University I know so well,” Waid said.