Bats fly around en masse at dawn and dusk, but little is known about where they live, why they live there and in what numbers — especially in the San Joaquin Valley.

Most people see the winged mammals as pests or fear them because some can carry rabies, but bats do more good than harm, said Fresno State biology professor Dr. Joshua Reece, who is part of a research project studying the behavior and sounds of bats.

Bats are important from a biodiversity standpoint. They provide a benefit to humans by eating crop pests and mosquitoes that might spread disease.

“Many bats consume their body weight or more in insects every night,” said Reece, who is overseeing the species identification and sound recording.

There have been no reports of bats attacking people, he jokes, although they would bite if you somehow managed to grab one out of the air. Don’t touch bats or dead ones for that matter, he warns.

Reece and his research team of undergraduate and graduate students in the College of Science and Mathematics at Fresno State are collaborating with neurobiology professor Dr. David Lent for the study. The team started working with biologists in Sequoia and Kings Canyon National Parks over the summer to identify different species of bats through their echolocation calls.

This fall, the group will do similar work on campus. A $10,000 grant for course-based research opportunities from Associated Students, Inc., funding from a National Science Foundation grant and additional money from the College of Science and Mathematics and the Jordan College of Agricultural Sciences and Technology will allow the team to install about 30 bat boxes around Fresno State.

The Fresno Chaffee Zoo, where Reece said at least a dozen biology students work, will also participate by installing boxes on its property. The goal: to get bats roosting in the box, to determine the species and to use soundscapes to find out why they like certain boxes, or locations, over others.

“We’re going to monitor the boxes with our students who are doing research in introductory biology classes and with some of the upper division classes,” Reece said. “It’s experiential learning. It will allow students to develop their own hypotheses, test them and encourage their own critical thinking and love of science.”

In the parks, students use microphones to capture bat calls. Bats navigate through sound, or echolocation, most of which cannot be heard by the human ear. Each species has a unique sound. With fancy microphones — some that plug into a cell phone — and cool software, the students can record the calls and then determine which species is flying by based on the pattern of its echolocation.

The students also put out nets to catch bats, harmlessly, so park biologists can take measurements and swab them for diseases like white-nose syndrome, a fungal disease killing bat populations across North America.

Long-term bat monitoring is necessary in case entire species or populations of bats start to disappear, Reece said. “If you’re not up there watching, you wouldn’t know what is happening.”

Graduate student Shelby Moshier loves the hands-on research she has done in the Reece Lab the past two years.

“You don’t get an experience like that in a classroom,” Moshier said. “It’s really cool. It’s crazy, a couple of species of bats you can hear because they call at lower frequencies like tick, tick, tick, but there are a lot of species that call at a frequency like a dog whistle.”

Moshier is one of two students capturing the calls in the parks and bringing the recordings back to campus for analysis. Professor Lent is using the education portion of a nearly $700,000 NSF Faculty Early Career Development grant he was awarded in 2015 to pay biology students to learn how to conduct computational research on the bat calls.

Lent wants to train students to use other disciplines to study biology problems. The students are processing the bat sounds and the environmental noise created around the bats using computers to visualize and understand what the sounds represent.

“Are there elements there that are unique to the environment they occupy?” Lent said. “Can we predict what species might be in a location because of the ambient sound?”

There’s a learning curve to using the computer program and it has a lot to do with coding, said sophomore biology major Robert Seward who is working on the computation with Moshier and in the parks with Reece. The former kinesiology major is excited for the opportunity to get involved.

“Research has been so fun,” Seward said. “It’s crazy, because a year ago I never considered being a scientist as a real career.”

“It should be interesting,” Seward said. “I’ve never seen bats go into structures like that. It will be interesting to see how we monitor them.” 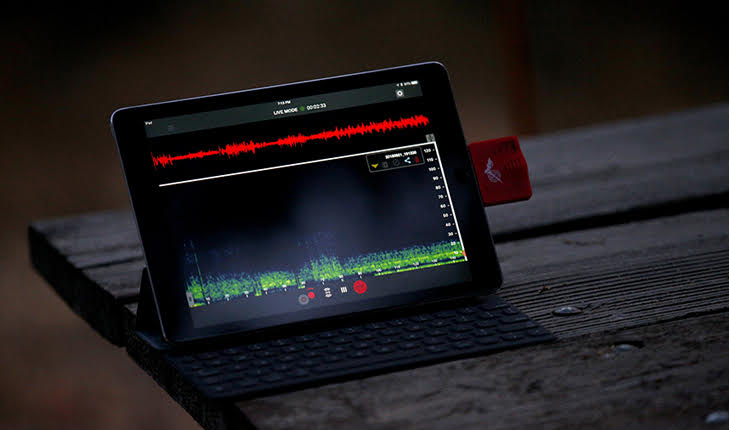