For the fourth consecutive year, Fresno State has placed among the top five best universities for social mobility — ranking No. 3 out of 1,449 schools in the 2020 Social Mobility Index.

Fresno State is one of four California State University campuses that has placed in the top 20 for each of the past seven years, showing that access to higher education creates opportunities for individuals to move from one socioeconomic class to another.

Public schools in California — from the CSU and the University of California system — dominated the 2020 rankings, accounting for 70% of the top 20 spots.

“Fresno State has proven to be a key driver in social mobility, providing a high-quality education at an affordable price, which helps students to succeed and become part of the next generation of leaders,” said Fresno State President Joseph I. Castro. “This latest ranking is another way to show the power of education and the talent that exists in every household.”

The Social Mobility Index, developed by CollegeNET, measures the extent to which a college or university educates more economically disadvantaged students at lower tuition, so they can graduate and get good-paying jobs.

Tuition cost, economic background, graduation rate, early career salary and the size of a school’s endowment are used to determine the rankings. Data was collected through third-party sources such as the U.S. Department of Education’s College Scorecard and the Integrated Postsecondary Education Data System. 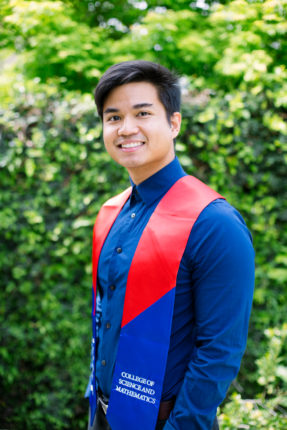 At Fresno State, students like Bagieng Keophimphone, the 2020 President’s Medalist, immersed himself in academics to better his life. He is the son of Laotian refugees who moved to Fresno before he was born. His parents worked in the fields and the family of six — including three older sisters — lived in a two-bedroom apartment.

Keophimphone earned a bachelor’s degree in biochemistry this past spring and planned to pursue medical school outside California, and then return to the Valley to serve. “The people who were like me and my family growing up, I just want to be able to help them,” he said in a Fresno State Magazine story.

This latest ranking continues a streak of national recognition for Fresno State this year. The University scored third-highest among public national universities for graduation-rate performance in U.S. News and World Report’s 2021 Best College rankings, was No. 26 in Washington Monthly’s annual nationwide college rankings and ranked No. 7 for Most Transformative Colleges in Money Magazine’s Best Public Colleges rankings.