The Consulate of Mexico in Fresno presented its Ohtli Award, the highest honor given to non-citizens of Mexico, to Fresno State President Joseph I. Castro today during a reception at the Henry Madden Library on campus.

Since 1996, the Ministry of Foreign Affairs through the Institute for Mexicans Abroad annually grants the Ohtli Award to exceptional leaders making outstanding contributions to improve the wellbeing of the Mexican, Mexican-American and Hispanic community abroad.

Castro, a first-generation college graduate and Mexican-American, is the first Latino to serve as president of Fresno State. His late grandfather, Jess Mendez, was born in Mexico and immigrated to the U.S. in 1922.

“As my most influential mentor, my grandfather inspired me to be a servant leader,” said Castro, a native of Hanford. “I dedicate this award in his memory and commit to continue advocating for all students, including immigrant students. I am deeply honored to receive the Ohtli Award from the Mexican government.” 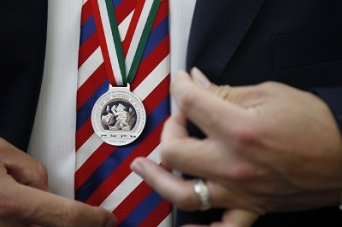 The award consists of a medal, a silver rosette and a diploma.

The word Ohtli — from the Aztec language Náhuatl — means pathway. Awardees are those who have led the way so younger generations can follow and find success, said Hon. Vicente Sánchez Ventura, the Consul of Mexico.

“No better example of leadership is the one demonstrated by President Joseph I. Castro, who has worked tirelessly to promote higher education to all, regardless of immigration and economic status, and who encourages his students to have pride in their culture and heritage,” Sánchez said.

He has also led efforts to facilitate access to food for students through the opening of the Student Cupboard and fostered international collaboration with other universities, including the recent student exchange program with the Autonomous University of Chapingo in Mexico. 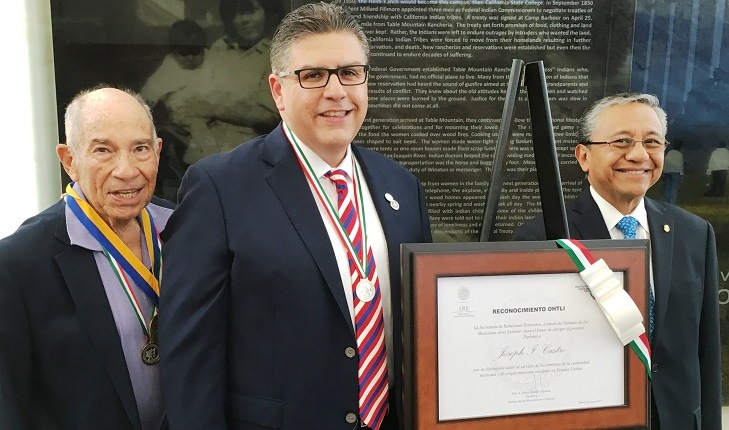