Sharing Fresno State’s stories is a way to connect with alumni, friends, students, prospective students and other community members. On a campus of about 25,000 students and thousands more faculty and staff, narrowing it down to the top 21 stories of the year was no simple task — especially during a year unlike any other because of the global pandemic. Here’s a glimpse, in no particular order, at some of the editor’s picks for the biggest news, most touching stories and most well-done storytelling from the University over the past year. 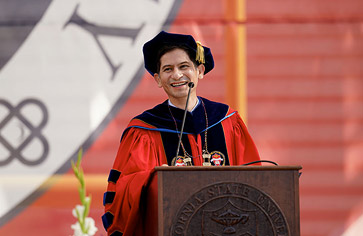 Dr. Saúl Jiménez-Sandoval is known for speaking several languages, playing the piano and zooming across campus on a scooter. He has a love for food — recreating recipes that have meaning to him and his family but also indulging in the richness of the history and culture behind every dish. And he has a passion for the Valley and the power of Fresno State — which is just part of what led to his selection in May as the ninth president in the University’s 110-year history. » 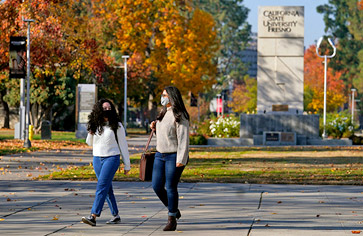 Freshmen weren’t the only ones new to Fresno State when fall instruction began on Aug. 23. This was also the first time most second-year students set foot on the 388-acre main campus, due to instruction being primarily virtual in the 2020-21 academic year because of COVID-19. “It’s important to welcome our students in a significant way by creating a progressive and sequential week that focuses on building a sense of pride, connections with the University, new relationships with peers and educating students on University traditions and what it means to be a Bulldog.” » 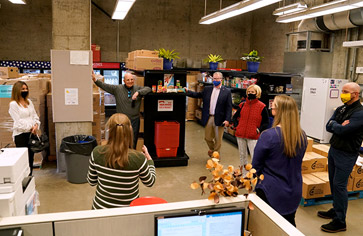 Lou and Jane Amendola have empathy for college students experiencing food insecurity. “I can remember back in my days in college, most of the student-athletes were always hungry because of the calories you burn all day,” said Lou, who attended college in San Diego. “But all students, I think, face food insecurity from time to time. … It’s nice to have someplace where students can go to grab something or make something, which puts a little less pressure on them, so they can do well in school.” »

100 Years of the Red Wave Rising: A Timeline of Historical Moments and Milestones 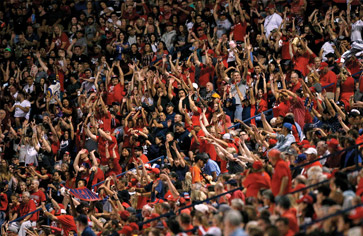 It all started with an extraordinary vision. A community of hardworking people thirsty for an identity latched on to a growing University. As the student body grew, the fan base grew along with it. These Bulldogs brought a sense of pride this humble Valley had never before seen. Fueled by Bulldog spirit, inspired by legends and uniting us all as nothing else can, athletics became the front porch that introduced thousands to the University. See a timeline of 100 moments and milestones that have helped shape Fresno State athletics. » 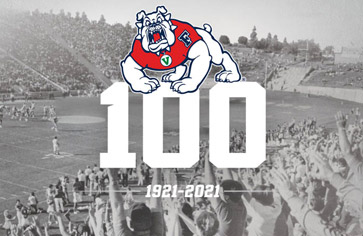 As we raise our glasses and give cheers to 100 years of Fresno State athletics, we celebrate this moment in time while keeping focused on the future. In the ever-changing landscape of college athletics, Fresno State has continuously risen to the challenge — oftentimes doing more with less and competing with the best of the best across the country. »

A Land of Opportunity 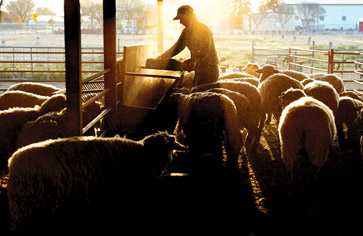 For some college students, their campus becomes a home away from home. For agricultural education student Jonathan Moules, school, work and home all blended together. While the majority of students, faculty and staff adjusted to working remotely during the 2020-21 school year, Moules was one of about 80 ag students who continued to work on the 1,000-acre University farm — caring for animals, tending to crops and putting products on the shelves of the Gibson Farm Market and other local retailers. » 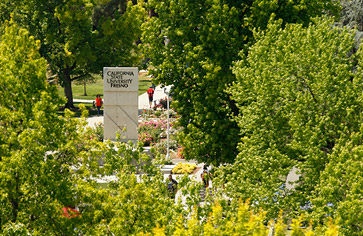 Salvador Solorio-Ruiz grew up in Delano, a small Central Valley town where 22% of residents live in poverty, according to the U.S. Census. The son of immigrants, however, was bound for something different when he became the first in his family to graduate from college. Solorio-Ruiz is one of the thousands of Fresno State graduates now working and contributing to the Valley economy. A new report from the California State University system underscores the magnitude of the economic impact of Fresno State. For every dollar that California invests in Fresno State, $7.35 in statewide spending is generated. » 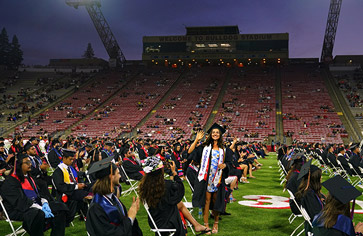 Battling Extinction: How one student is helping to save a species 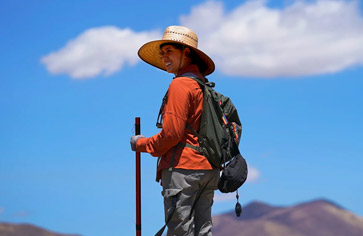 Despite the dry, desolate appearance of the Panoche Hills, the desert landscape is full of life and home to the blunt-nosed leopard lizards — one of the first species to be federally protected under the Endangered Species Act. With the existing populations rapidly declining, biology student Kathryn Ramirez is determined to save them. » 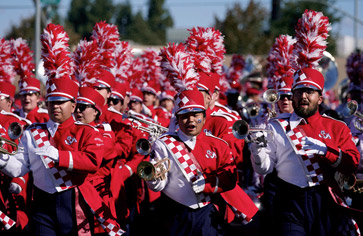 The Fresno State Bulldog Marching Band was selected by the Tournament of Roses Association as an official participant of the 2023 Rose Parade on Jan. 2, 2023, in Pasadena. This will be the band’s first Rose Parade appearance in program history. In addition to the Rose Parade, the band will perform in the Tournament of Roses Bandfest field show with other participating marching bands, in an opportunity to showcase their musicianship and pageantry. » 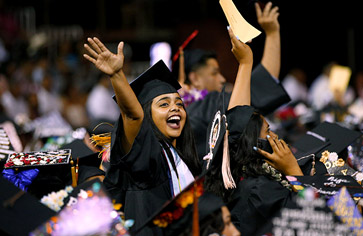 Excelencia in Education, the nation’s premier authority on efforts accelerating Latino student success in higher education, announced that Fresno State has been certified with the 2021 Seal of Excelencia. Fresno State is one of just 10 institutions nationwide to earn Seal of Excelencia certification this year, ensuring an unwavering commitment to intentionally serve Latino students, while serving all. » 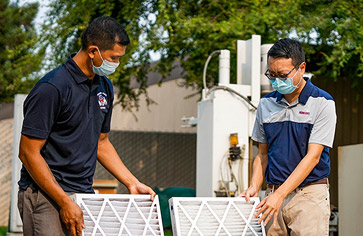 Vincent Malpaya starts a small fire out of wood chips and sends the smoke through a tube into an enclosed 400-square-foot building, where indoor air quality sensors measure the particulate matter in the air. His research partner, Michelle Starner, sits in front of a computer watching the data from the sensors spike up and drop down as the smoke is pumped through the building’s air ducts, then through an air filter combined with an air treatment technology. Their goal: to test and identify a combination of air filters with air treatment technology that best trap and reduce the indoor particulate matter caused by smoke contamination and volatile organic compounds. »