Honorary doctorates are awarded on behalf of the California State University system and Fresno State in recognition of excellence and extraordinary achievement in significant areas of human endeavor that embody the objectives and ideals of the CSU system.

Both will be recognized during the College of Arts and Humanities commencement ceremony, scheduled for 12:30 p.m. Friday, May 20, at the Save Mart Center. 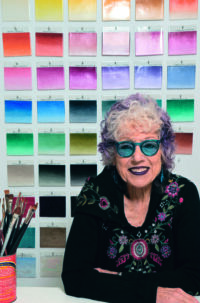 Internationally renowned artist Judy Chicago founded the nation’s first feminist art program as a member of the Fresno State College art faculty in 1970. The program brought together female art students to overcome prevailing views at that time that women could not produce great art. The success of the program later prompted the California Institute of the Arts to invite Chicago to create a similar program for its university.

Chicago’s innovative artwork and large-scale collaborative projects include her most well-known work called “The Dinner Party,” a multimedia representation of women’s contributions to western culture completed in 1979 (CBS Sunday Morning featured Chicago in a segment highlighting her as the “founding mother of feminist art” in January). Subsequent bodies of work have addressed issues of birth and creation in the “Birth Project”; the construct of masculinity in “PowerPlay”; the horrors of genocide in the “Holocaust Project,” on which she collaborated with her husband, photographer Donald Woodman; and most recently, mortality and humankind’s relationship to and destruction of the Earth in “The End: A Meditation on Death and Extinction.”

Her work as an artist, mentor, teacher, writer and leader changed the art world, the lives of her students, her artistic collaborators, her viewing public and the communities where she taught, worked, exhibited and lectured. Her creative spirit and dedication to social justice continue to motivate her to make art that speaks to a global audience. 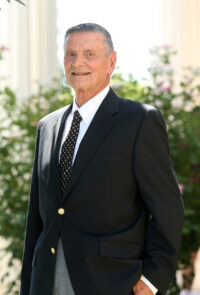 Antonio “Tony” Petrosino came to Clovis as a teen in 1947 from Coperchia, Italy, with his family. He graduated from Fresno State in 1953 with bachelor of arts degrees in Spanish and education; he also received a teaching credential. He worked as an educator for the Fresno Unified School District for 40 years. He and his wife, Louise, have long supported Fresno State, Valley Children’s Healthcare and Clovis Unified School District, embodying the value of serving others.

Along with others, he was involved in establishing the St. Paul Newman Center to serve Fresno State’s Catholic community.

After his wife’s passing in 2004, Petrosino set out to honor her memory by continuing her legacy of service. He dedicated more time to Fresno State by volunteering in the College of Arts and Humanities, the Kremen School of Education and Human Development, the Fresno State Alumni Association Board and the Bulldog Foundation. He received the Arthur Safstrom Service Award in 2019 for his distinguished record of service to Fresno State.