Seven of Fresno State’s schools and colleges, along with the Division of Student Affairs, selected an outstanding student to honor as its Undergraduate Deans’ Medalist for the class of 2017.

The deans selected an undergraduate and graduate medalist based on academic excellence, community involvement and other achievements. One medalist will be announced as the University Graduate Medal winner at the 106th commencement at 9:30 am. Saturday, May 20, at the Save Mart Center at Fresno State. 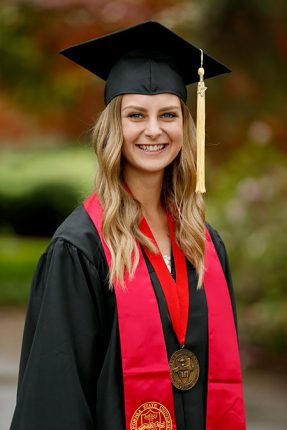 Kendall Bailey, of Shafter, completed a B.S. in Child Development and a minor in Communicative Sciences and Deaf Studies with a 4.0 GPA. From her first days at Fresno State, Bailey was committed to work toward the well-being of children, saying it is her “central aspiration to see every child shape their future and thrive through the exceptional resources of our community here in Fresno.” Bailey has participated in a number of service projects, including an internship at a therapeutic horse ranch for at-risk youth and taking on a leadership role with Jumpstart, a non-profit organization that promotes early literacy. While balancing work and community service, Bailey joined the Youth Social and Media research lab, working with faculty to study the impact of social media on children. Active in her church, Bailey has also participated in mission trips to Brazil, England, Canada, Arkansas, Texas and Washington. 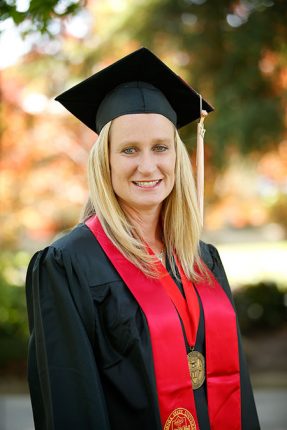 Christina Beaulieu, of Kerman, completed a B.S. in Kinesiology with a GPA of 3.81. Despite a childhood marked by economic uncertainty, Beaulieu excelled in school. But after marrying and having three children, higher education was the furthest thing from her mind. However, after eight years of struggling to provide for her children, Beaulieu discovered the encouragement and newfound strength to pursue her degree. While studying at Fresno City College, Beaulieu discovered her passion to work with children in the area of physical education. She served as a physical education specialist with Fresno Unified School District and plans to earn a teaching credential in physical education. “I want to be a positive role model for my students. I want them to know they don’t have to give up, no matter what life circumstances they may be facing,” she says. Read more. 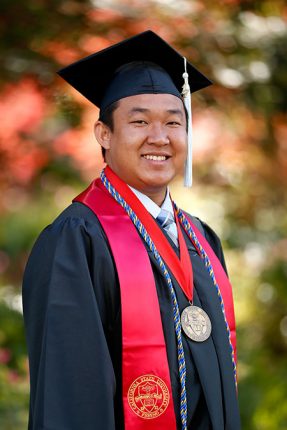 Eric Calderon-Phangrath, of Fresno, completed a B.A. in Liberal Studies with a GPA of 3.52. The child of first-generation Laotian-Americans who worked in the fields, Calderon-Phangrath started school in ESL classes. Yet he went on to graduate early from high school and today speaks three languages. Soon after enrolling at Fresno State, Calderon-Phangrath’s academic dream was put on hold when his eldest brother was injured in Iraq. After spending several years in Seattle caring for his brother, Calderon-Phangrath returned to the Valley and Fresno State. But once again his university work was delayed when he and his husband became foster parents, ultimately adopting three children, two with disabilities. In 2016 he was able to return to the classroom, and inspired by his children to work in Special Education. He credits his non-traditional path to his success. “I believe all the life lessons that presented themselves along the way helped shape me to be a better person, father, student, and soon to be teacher.” 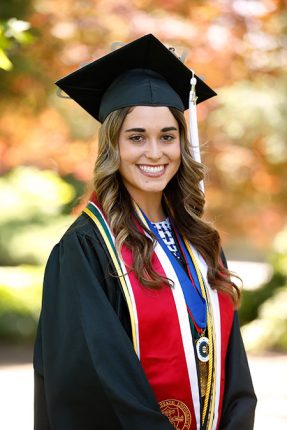 Cathleen Fagundes, of Fresno, completed a B.A. in Communication with a GPA of 3.91. Placed into foster care at age 8 after the death of a parent, Fagundes found respite in the classroom. “Through the difficult times moving from home to home, educational environments became my stability,” she says. After graduating valedictorian from Hoover High School, Fagundes came to Fresno State as a member of the Smittcamp Family Honors College. Driven to improve the lives of others, Fagundes completed an ethnography on homelessness as part of the McNair Scholars program. She also leveraged opportunities to explore the world, traveling to Europe and participating in two service-learning trips to Fiji. Fagundes is currently conducting an ethnography on how Azorean men communicate masculinity through public ritual. Her goal is to earn a master’s in education with a multiple subjects teaching credential and dedicate her life to sharing her love of education with others. 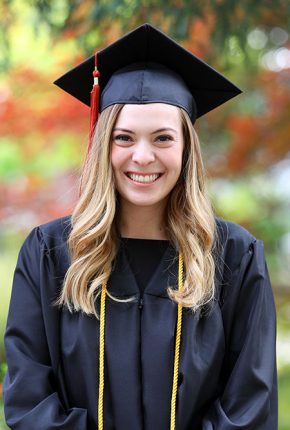 Alexandra Gallo, of Hollister, completed a B.A. in Political Science and a B.A. in Communication, with a GPA of 3.81. Difficult family circumstances inspired this first generation student to obtain a degree and help others. Gallo seized opportunities to serve and engage during her time at Fresno State. She studied abroad, was elected to student government, served as an ambassador for the Richter Center for Community Engagement and Service-Learning, was as a Maddy intern with Congressman Jim Costa and worked with the League of Woman Voters. She’s a three time winner of the President’s Volunteer Service Award for completing 200 hours of service each year at organizations like the Every Neighborhood Partnership and the Ronald McDonald House. She also planned a camp for children with parents battling cancer. “The College of Social Science has taught me how to be a critical thinker, and how to apply leadership and theories to governmental agencies, jobs and community service work,” she says. After graduation, Gallo will intern in Washington D.C. with Congressman Costa before applying to law school. 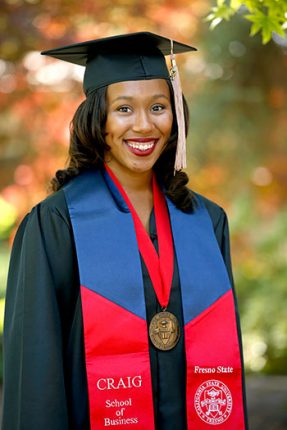 Caden Jones, of Fresno, completed a B.S. in Business, emphasis in Management, with a GPA of 3.92. Jones started her journey at Fresno State as a student at University High School. Upon graduation she was accepted into the Smittcamp Family Honors College, with a goal to excel in business. Internships helped Jones develop her love for sales and business. “Our incredibly supportive campus and community have been critical to my success as I have discovered my passions, diversified my experiences, and distinguished myself as an exemplary Bulldog,” she says. Jones participated in the Entrepreneur Mentorship Program with the Lyles Center for Innovation and Entrepreneurship, Harvard Summer Venture in Management Program, and the University of California Summer Institute for Emerging Managers and Leaders. Her service experience includes working with Feeding America’s Community Foodbank. After graduation Jones is moving to Chicago to begin an exclusive rotational program with PepsiCo. 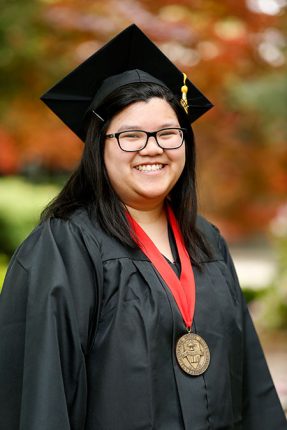 Annabelle Lolinco, of Fresno, completed a B.S. in Biochemistry and a B.A. in Communication with a GPA of 3.87. Driven by a passion to engage the public with the world of science, the first-generation student combined the realms of science and communication in her studies. Early in her college career she got involved with faculty research of the chemical composition of particulate matter in the atmosphere and how it affects human health. Growing as a scientist and leader, she presented and was recognized in national chemical conferences